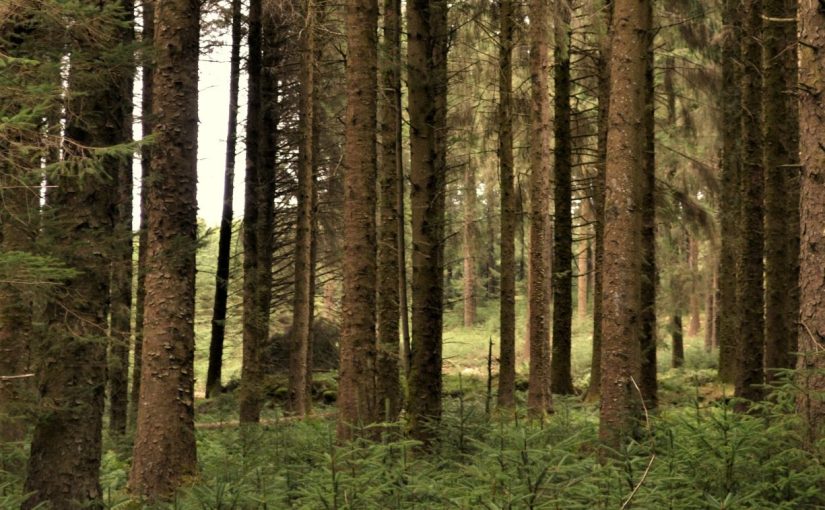 Cristiana Pașca Palmer, the United Nation’s Biodiversity Chief, (or more accurately, the Executive Secretary of the Secretariat of the Convention on Biological Diversity), has stated in the run up towards an important international conference that pressure needs to be put on governments for them to create new and ambitious universal targets by the year 2020, protecting the various levels of global biodiversity.

It has been warned that without new legislation the human race could be the first authors of their own extinction, if the destruction of biodiversity is not either slowed or stopped altogether.

Talking to The Guardian, Pașca Palmer stated that the loss of biodiversity is a ‘silent killer’. “It’s different from climate change, where people feel the impact in everyday life. With biodiversity, it is not so clear but by the time you feel what is happening, it may be too late.”

Global biodiversity is incredibly important for a number of reasons. Varying degrees of biodiversity affects everything from clean water production, global food production, and the sequestration of carbon in the atmosphere.

This all comes with the results of the Living Planet Report, published by the WWF last week. The report, involving both the WWF and 59 scientists from around the globe, stated that humanity has eradicated 60% of animal populations between 1970 and 2014. “What is clear is that without a dramatic move beyond ‘business as usual’ the current severe decline of the natural systems that support modern societies will continue.” narrates the report in it’s preliminary pages.

Both our food services, health, and security all depend on biodiversity. It has been estimated that, globally, the natural world provides services worth around US$125 trillion a year, although we feel it pertinent to point out that this should not be the major factor in determining whether it is something of value.

The key driving threats to global biodiversity are over-exploitation and agricultural activity. For example, In 2016 the FAO published their biannual report about the state of fish population depletion, with monitored fish stocks being ‘52% are fully exploited, 17% are overexploited, 7% are depleted, 1% are recovering from depletion’. It is mostly with the increase in global demand for animal products such as red meat that we lose critical environments.

Land degradation, another key issue, has a detrimental impact on 75% of terrestrial ecosystems. This in turn reduces the welfare of more than 3 billion people globally.

In 2017, there was warning of an ‘ecological armageddon’, after research done in Germany stated that ‘More than 75 percent decline over 27 years in total flying insect biomass in protected areas.‘

A meeting will take place in Sharm El Sheikh this month between the 196 member states of the UN Convention on Biological Diversity, to hopefully ignite conversations and ideas on new legislation for protecting the world’s crucial ecosystems. The next conference is set for 2020 in Beijing, where Pașca Palmer hopes a global deal can be implemented.

The state of biodiversity loss has been hailed as the ‘sixth mass extinction’, otherwise known as the ‘holocene extinction’, and unfortunately a lot of this loss goes undocumented, as the vast majority of species to exist and to go extinct are rumoured to be undiscovered.

This issue is unfortunately low on the global political agendas. It’s more popular, media-infamous cousin, climate breakdown, receives much more attention. Few heads of state attend conferences and talks about biodiversity. The US government, who have been systematic in their denial of climate breakdown and open about their wish to leave the Paris Climate Agreement, refused to ratify the Aichi Protocol of eight years ago, which saw nations promise to at least halve the loss of natural habitats. The Vatican chose not to send a participate.

As human populations grow and climate breakdown continues, rates of habitat destruction, pollution, and the introduction of invasive species will accelerate. It is estimated that by 2050, Africa is expected to lose 50% of its mammals and birds. What is even more harrowing is the conclusion that the loss of land plants and sea life will reduce the Earth’s overall ability to absorb and store carbon. This, along with the burning of fossil fuels will contribute to feedback mechanisms that could, if left unchecked, create an unstoppable cycle of global heating.

It is worth noting that the problems are biodiversity loss and climate breakdown are both very important issues that need solving. They are simultaneously separate issues and also are intrinsically linked to one another.

There is hope though. The UN’s top climate and biodiversity institutions held their first joint meeting, finding that solutions that were focused on nature and the living planet, solutions such as the protection of forests, planting trees, restoring land, and effective soil management, could provide up to one third of carbon absorption needed to keep global warming with the parameters set by the Paris Agreement. Some world leaders are opening their minds to the issue, such as French president, Emmanuel Macron, who recently agreed that the issue of climate breakdown cannot be solved as a single issue, and must be looked at in part with the mission to stem the loss of biodiversity.

In the Living Planet Report, the WWF states: “We are the first generation that has a clear picture of the value of nature and our impact on it. We may be the last that can take action to reverse this trend. From now until 2020 will be a decisive moment in history.”